At the center of the Grand Networking Event, participants can explore the latest generation of REC’s award-winning TwinPeak technology with world-record power output for multicrystalline solar panels. REC’s TwinPeak 2 panels feature half-cut multicrystalline PERC cells and are rated up to 295 Wp as a 60-cell panel and up to 350 Wp as a 72-cell product. Honored by the prestigious Solar + Power Award on September 26 this year, REC once again demonstrates its leadership in multicrystalline cell technology. In 2015, REC’s first generation TwinPeak panel was the winner of the Intersolar Award shortly after it first arrived on the market.

REC experts will be available for in depth discussions at the event. In addition, REC’s Vice President Sales & Marketing for Asia-Pacific, Milan Koev, will hold the keynote speech at the opening of the Grand Networking Event.

Australia is a key market for REC Group in the APAC region, which had a year-over-year volume increase of 244% in the second quarter 2017. REC’s number of customers in APAC in the first half of 2017 nearly doubled compared to the year before, with Australia showing REC sales at record levels. This strong performance is driven by a high acceptance of REC’s high-quality products and a growing number distributors and network of REC-certified installers. Industry experts and REC expect continuous strong demand in Australia for solar PV going forward.

About REC Group:
Founded in Norway in 1996, REC Group is a leading vertically integrated solar energy company. Through integrated manufacturing from silicon to wafers, cells, high-quality panels and extending to solar solutions, REC Group provides the world with a reliable source of clean energy. REC’s renowned product quality is supported by the lowest warranty claims rate in the industry. REC Group is a Bluestar Elkem company with headquarters in Norway and operational headquarters in Singapore. REC Group employs more than 2,000 people worldwide, producing 1.4 GW of solar panels annually. 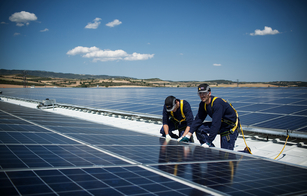 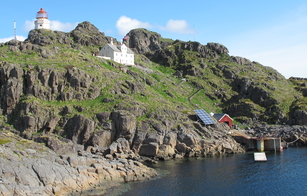